Transcript of Bryan's speech at Rocky Nool on 3 July 2016 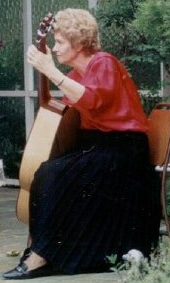 At the orchestra’s Rocky Nook concert on 3rd July 2016 Bryan took a moment to celebrate Isabel’s time with the orchestra and made a small presentation. It is always a sad time when a long-standing member of the orchestra reaches the stage where retirement becomes necessary (we never go willingly!).  While she officially retired during the 2015 year, this was the first opportunity we had had to make a little song and dance to publicly thank her for her years of service to the orchestra. The full transcript is below.

“At this time I would just like to take a moment out to mention that we have reached a bit of a milestone in the orchestra’s history. I know many of you will probably not be aware but Isabel was MD and conductor for the orchestra for many years – for longer than I have been around in fact. You’ve all probably seen her mostly in her bass-playing role, which she took on when I joined, but prior to that – well, it goes something like this.

Isabel originally played violin I understand but after getting a few lessons from Doris Flameling, the founder of the orchestra, she joined playing guitar.  After Doris retired in 1976 the orchestra went into a brief recess while a direction for the future was worked out. A little pressure was put on Isabel and she agreed to take over the role of conductor in a caretaker capacity while they looked for a ‘proper’ conductor.  But of course that situation quickly turned into a permanent position for her as MD and conductor. This role she fulfilled admirably until 1999 when she passed the baton on to me, literally!  This one in fact - I have it right here.

Happily for us, she stayed on playing bass, initially the mandolon and later the double bass. Recently, however, it has become increasingly difficult to manage the big beast and so she has reluctantly reached the conclusion that it is time to retire, which she did towards the end of last year.

Today is the first opportunity we have had to see her since then and so it is that today, on behalf of the orchestra and myself, I would very much like to thank her for her many years of involvement with the orchestra, and for her service to the orchestra over a span of almost 40 years. Thank you Isabel!

Addendum: Isabel passed away on 16th January 2020. Bryan gave a short eulogy, extracted from the above speech, and the orchestra played Andante Grazioso in her honour and Amazing Grace for the recessional. 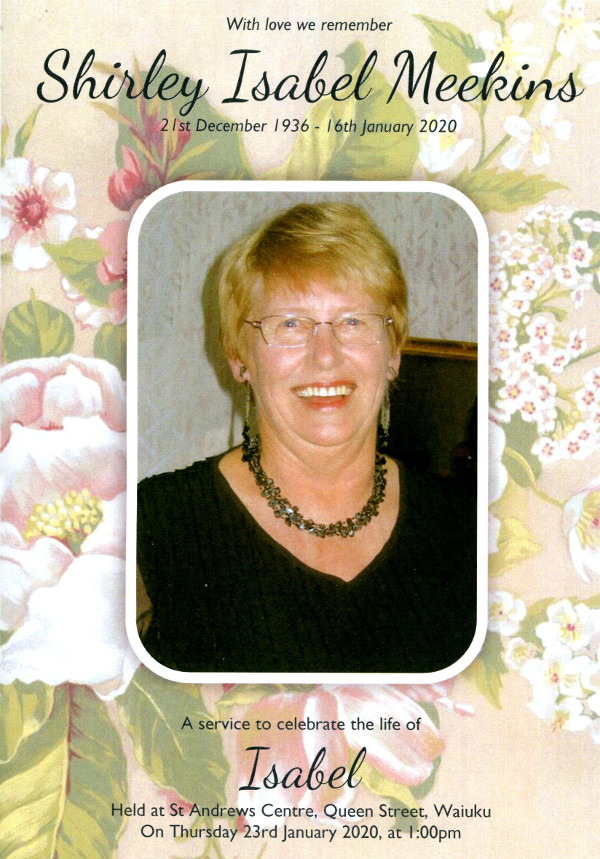