In 1968 Nikos Petousis, then President of the Greek Society, gave Eugene Blazer a bouzouki so that a small group could play Greek music for them in Danish House (in Parnell, at the time).

Gene Blazer, formerly Symphonia's principal cellist, and inspired by the Osipov Balalaika Orchestra, gathered mandolin, bouzouki and guitar players to form Tzinakis, so that in 1970 it was an orchestra of 60 players who gave a public concert in the Mercury Theatre, Mercury Lane (off Karangahape Road).


"There was a happy family atmosphere of playing for sheer enjoyment, with the accent on folk music that was tuneful, rhythmic and concise".

Following a concert in His Majesty's Theatre (later became St James Theatre on Queen St, Auckland) in 1971, they combined with a group of dancers led by Sylvia Vowless (later known as the Auckland Folkloric Dancers, and also Korobushka Folk Dance Company), giving concerts in the Auckland Town Hall (for the Auckland Festival), in the Maidment Theatre (University of Auckland), in the Bay of Islands Arts Festival, in Tauranga and many other venues. 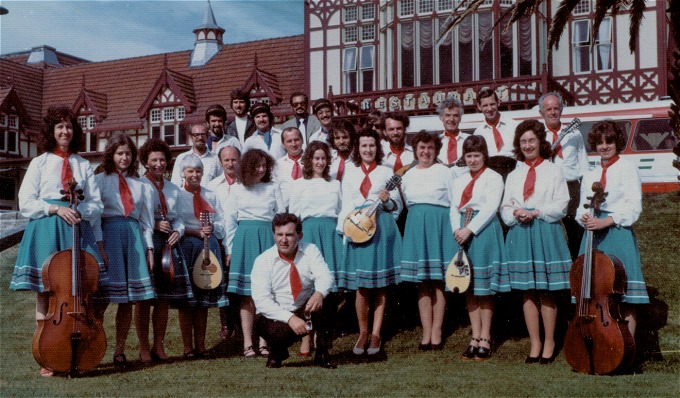 By 1974 the Tzinakis group had merged into the Balkan Folk Orchestra. In 1984 Gene Blazer resigned as Director and Bryan Holden took his place.

The Balkan Folk Orchestra were first performers in the half-built Aotea Centre in 1988, and many playouts included Eden Garden (on Omana Avenue, Epsom) each year and recording for two radio broadcasts of Willow Macky's music on Radio New Zealand. Shona orchestrated one of the songs, which was broadcasted on the Easter Day, 26 March 1989. 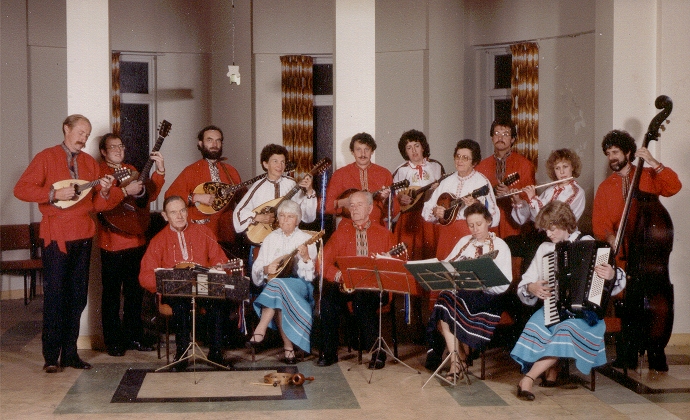 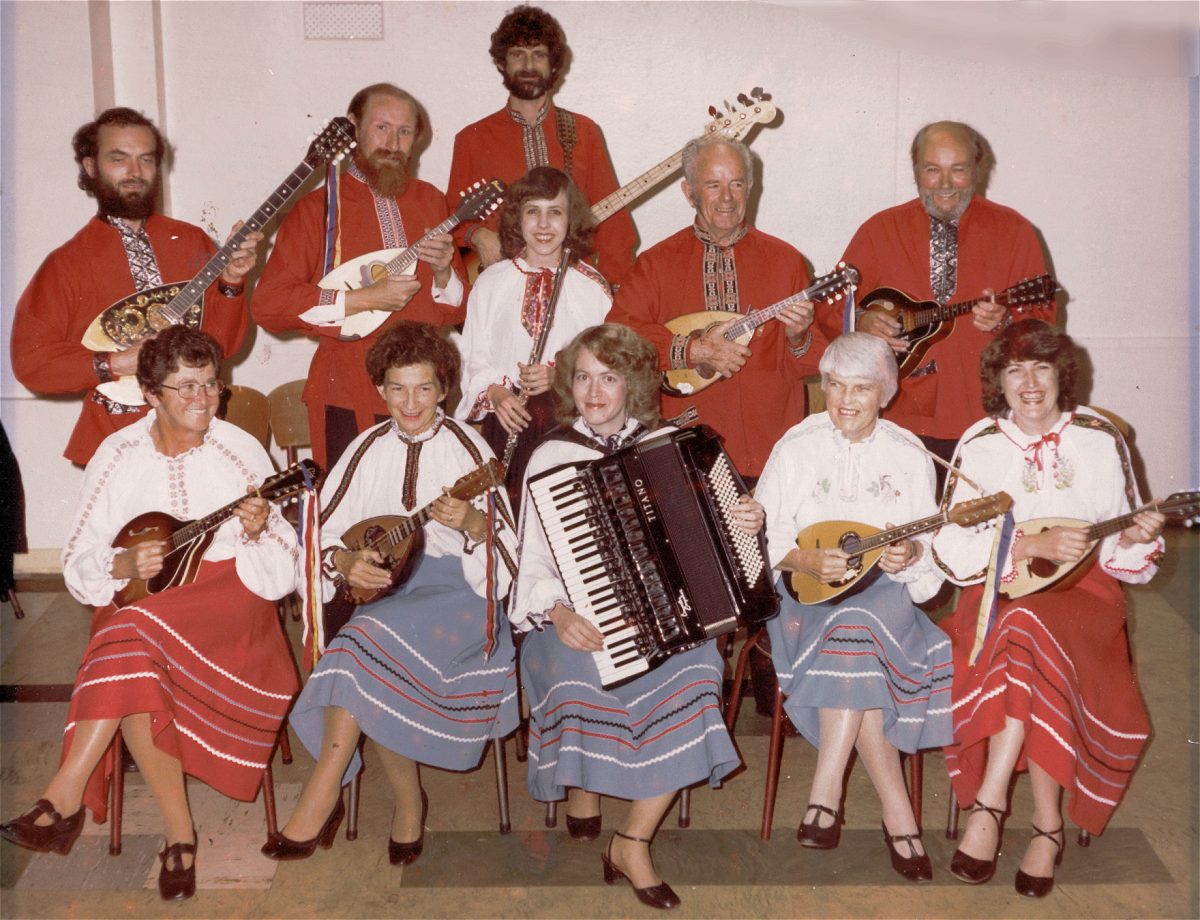 The Balkan Folk Orchestra had ceased to exist by about 1999 and by then most of its members had been welcomed into the Mandolinata Orchestra. There they were happy to have Bryan Holden once more as Director.

Highlights of the past 15 or so years have been FAME gatherings, joining with Australian players in Australian and New Zealand cities.